Shasta County Sheriff’s Deputies say they have arrested the man who forced a Lockdown of Shasta Lake School Wednesday morning. 33-year-old Justin Marshall Bauer was taken into custody at Clair Engle Park in Shasta Lake around Noon. Bauer was identified through surveillance footage. Bauer told deputies that he had been at the school Wednesday morning looking for recyclables. He had a walking stick on his back that was held in a homemade sling that strapped to his back. The school principal called the sheriff’s office just before 8AM to report a man was seen dressed all in black carrying a rifle on campus at 6:20AM Wednesday morning. Bauer will not be charged for the incident at the school, but was arrested on 4 felony warrants. 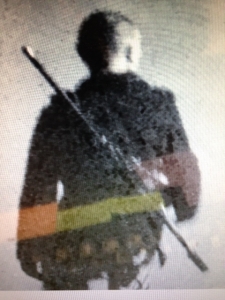