A man with a gun was tracked down in Burney Tuesday morning. At 7:40AM shots were fired near Woods Avenue and Pine Street, with the shooter identified as 33-year-old Kyle Daniels Christie, who had an active warrant for assault with a deadly weapon and elder abuse. The nearby Fall River School District Office was locked down and buses were diverted from the area. As deputies searched for Christie they learned a woman was with him. They then got a report that he had pointed the gun at someone at the Pit River Health Clinic, and that he was walking behind Pit River Casino. Christie and the woman, 28-year-old parolee Katarina Richey, were caught trying to cross Burney Creek. Christie had a sawed-off shotgun and when deputies told him to drop it he threw it in the bushes. As he was being apprehended, Richey tried to run away but she was caught. Both were booked into jail on multiple charges. 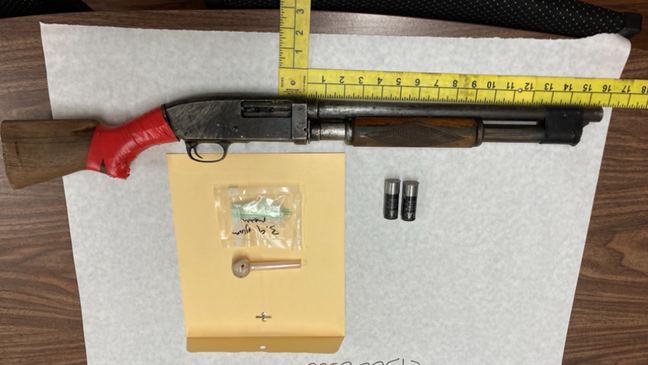